Dragging your heals? I cannot believe the pace of this project

The original 3.6 xjr s had Daimler(type) interiors without the picnic tables.
Was the sovereign the same?

How is this going?
Top

Wilfred wrote:How is this going?

I gave a short comment on it's status in my Dunkeld 2016 posting- bottom line is it hasn't moved (sic) since I last posted.

As you can see from the pics, I'm having to do it outside and with the barn stuffed full of E Type, XK140, XJC, MKV11 plus Armstrong Siddley and two Rolls including mine it might be construed as taking the piddle to ask for space indoors ...

The fact the ground surrounding the car is totally water logged AND the blas***ed immobiliser is hanging on with all its non-firing might, means the Beast is kinda stuck, however that doesn't mean no progress

The dashboard ('300) along with the door tops (also '300) have now been returned and are refinished in trim code AEE to match so that's good news.

) in my bid to get a match along with the boxwood inlay that I feel is de-rigeur in this build. The picnic tables haven't been fitted nor has the seat bolster been repaired (read - not all is well in the trim world

) but they will be when the Jag returns to the road, in the meantime the tables will have to be re-dyed to match the new darker veneers and obviously re-lacquered.

) with part requirement, albeit I did splash out on this little baby, which I thought went a little better than the plastic one 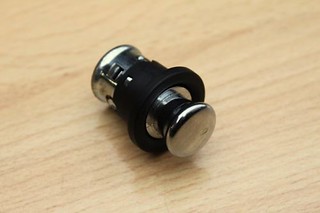 Still need a new headlining (gulp) and no news from my chap at JLR SVO since I left, as to how my seat wiring is progressing.

Overall though, to my mind the major phase of the car build is finished - yes I do have to weld the back end on but its all measured and prepped so no issues there; next phase it "just" re-assembly and a re-paint - how long can that possibly take I hear you ask

I'm going across tomorrow to see if I can fettle the immobiliser but with everything still apart inside I don't hold much hope; it's not a sweat just a balls ache, other than that its just a wait until I can get it into the garage/barn and start re-assembling it- then it's the usual call on cash and priorities - "it is supposed to be a hobby" says SLIMBO

I'll post again as soon as I have any more news 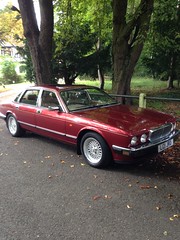 ...coud someone please explain; who is SLIMBO - or rather (I think I know who she is) what does S.L.I.M.B.O stand for?

Possibly this says it best...?

...coud someone please explain; who is SLIMBO - or rather (I think I know who she is) what does S.L.I.M.B.O stand for?

Possibly this says it best...?

SWMBO = She Who Must be Obeyed

Where did you get the cigarette lighter? - I like it.

david wrote:Where did you get the cigarette lighter? - I like it.

I happened to be in one of the new XJ's in the workshops and noticed it - hunted on fleabay, pretty sure it's a standard JLR item XK/XJ/RR etc and came up trumps; paid about £6 (i'm assuming it'll fit

I haven’t been down to the old girl in months, not out of a lack of desire rather work and other priorities have got in the way and so with apologies out of the way, I’ll update with today’s news.

Re-assessing the project it’s clear that I’m not going to make Dunkeld which is pretty gutting to say the least; I’m disappointed with myself.
Moving forward, the updates won’t be ginormous leaps forward, rather smaller items moving it forward to conclusion.

You may recall I wasn’t able to fire the car up due to the immobiliser plus the myriad of componentry disconnected which clouded the issue and so I set about reconnecting wherever possible. (still not firing)

On the drivers crashpad on the ‘300 there is this little item. I’ve no idea what it is but once I’d removed it I was able to see that it’s a small fan- for what? I’ve no idea but it looks pretty disgusting as it’s filled up with dirt. 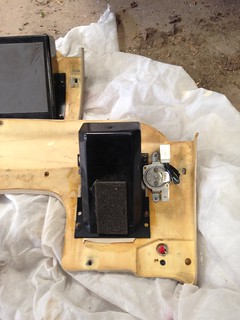 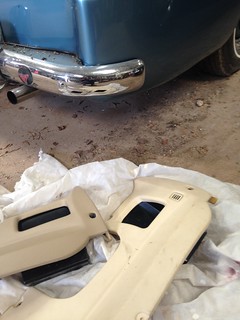 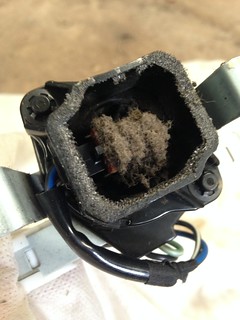 I now have the task of where to mount it on the ’40 crashpad which will replace the one fitted thus matching the rest of the doeskin trim.

There is insufficient room twixt coin tray (wider on the ’40)and pad edge The easiest way would be to mount in in the coin receptacle, assuming I don’t store a windscreen cloth there- will air movement make a big issue? I’ll check out its identity before drilling and cutting.

My other news is regarding the door pillar catches.

I specifically wanted to retain the stainless pillar bolts because I think they’re a nice touch, my panel beater however wasn’t so enamoured and when I suggested such ideas as, cutting a section out of the B Post to capture the mount points- he gave me a dressing down on side impact liability lol!.

His attempt at a solution wasn’t really elegant and so today with a little stirring of the grey matter I realised that the update by Ford would have used the same datum points as Jaguar, to ensure alignment of the closing door/catch. The solution was thus simple- drill out the Ford pin and use its, now empty hole, within the catch as a template hole, for the drill point for the stainless bolt – voila! 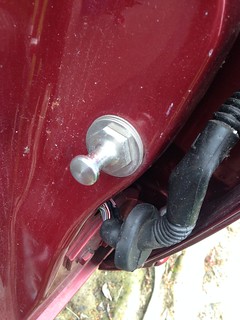 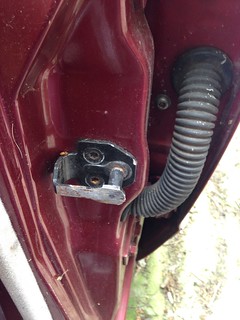 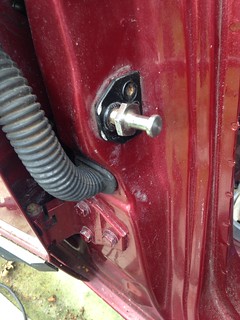 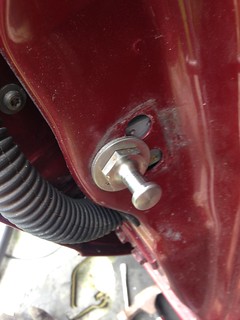 I’ve now found a local trimmer here in Suffolk and so the seats will go for repair (drivers bolster) and Derek was right I need late Daimler seat backs to make the picnic tables work. I have found a pic of them mounted onto ’40 backs which works but I think that I’ll go the Daimler route if I can find some.
You can see the differences below. 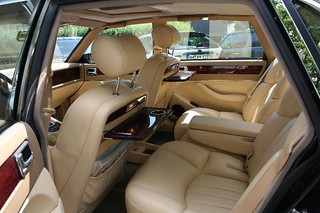 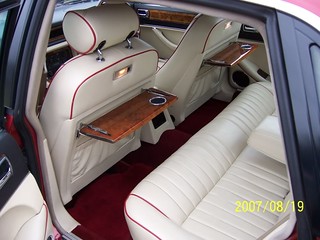 Finally, on a closing note my wiring loom was returned back with the colours identified but alas no joining loom…..it’s disappointing as it's taken so long for it to be returned and I’m struggling with this part of the build; I guess all the Project 7's and F Pace's are holding my build up

Did I mention that I’m pulling the whole column out from the ’40 to save time swapping ignition barrel and steering wheel/airbag? – such fun