being that this section caters to other Jags I thought I'd share a few pics of my S type..

She's a 2005 Radiance Red SE in 3.0 v6 flavor with the Highline Barley/mocha leather interior, had her for a good while now. 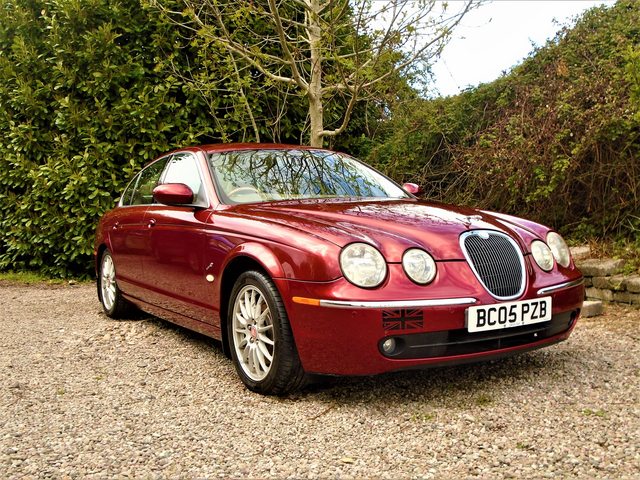 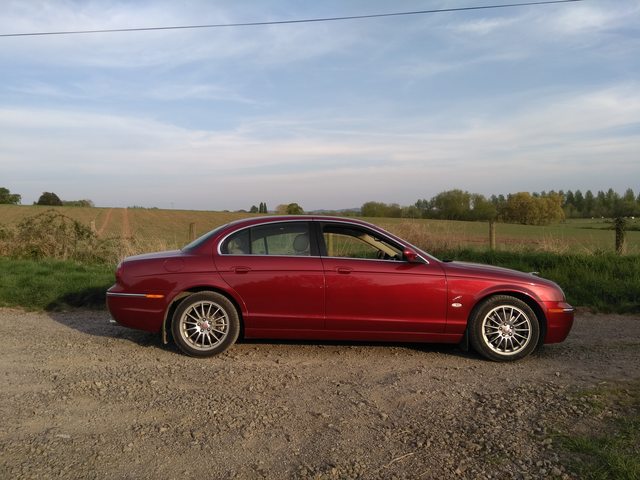 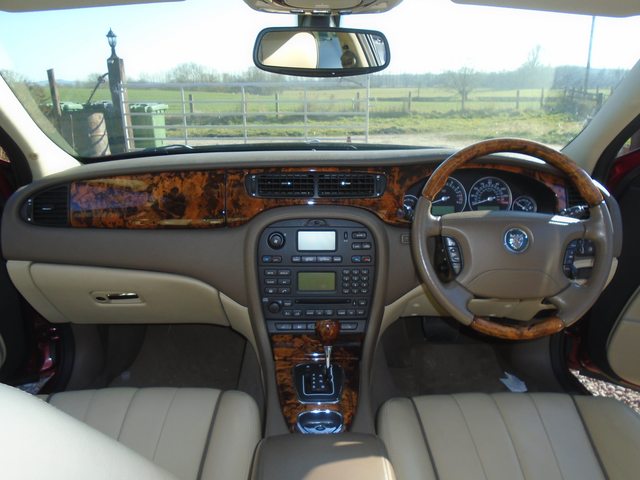 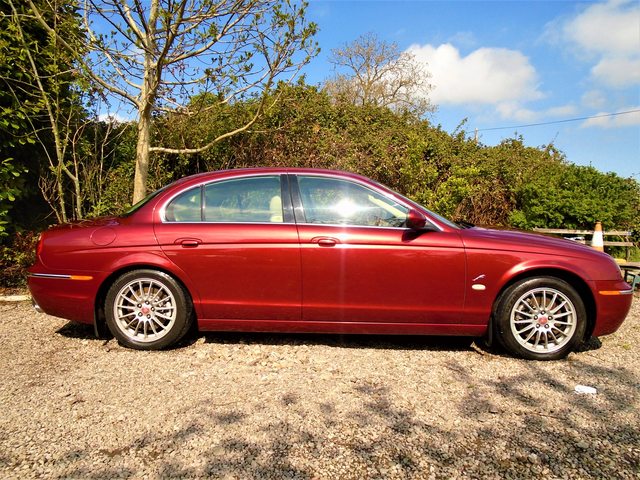 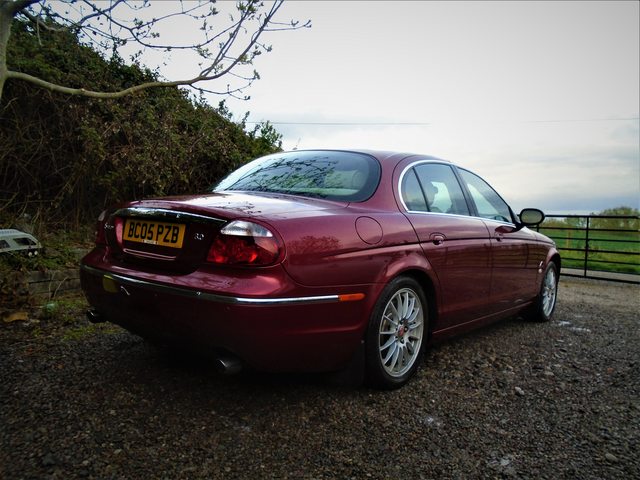 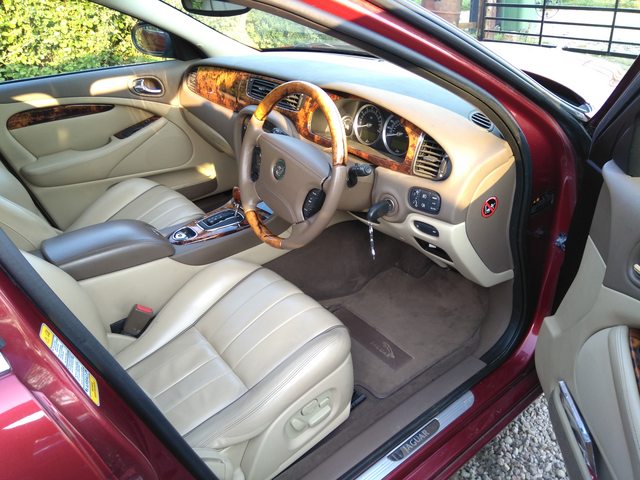 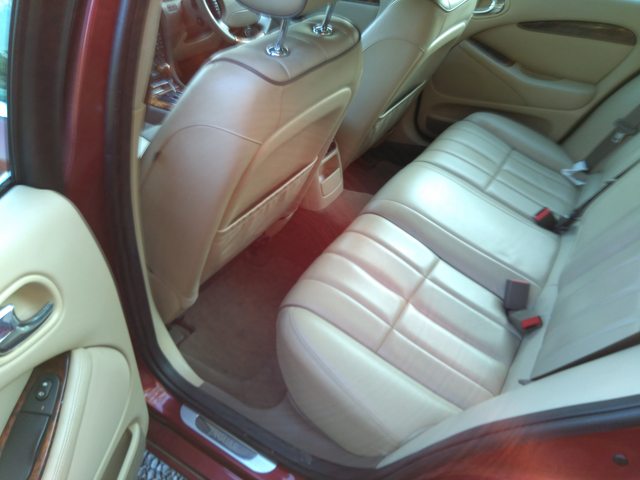 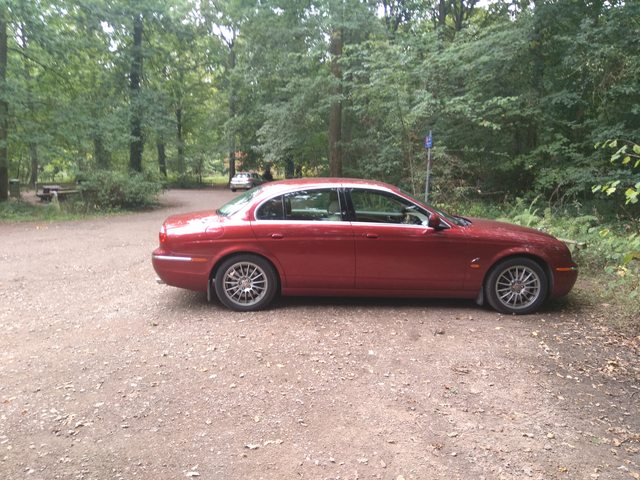 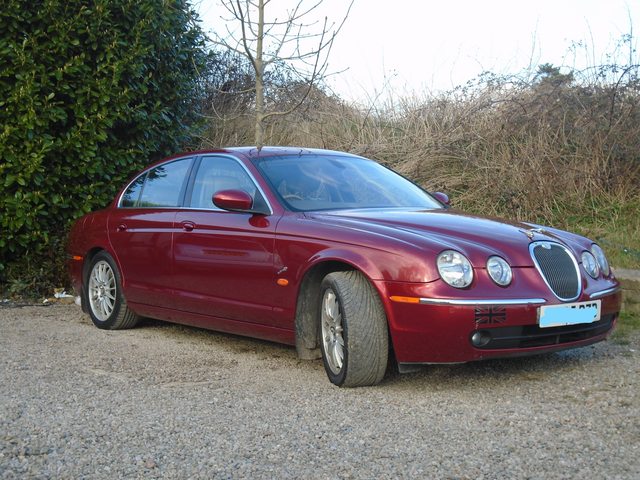 nearly 40k covered and she's never let me down, the only part to fail was the handbrake module £89 later for another unit and she was mint again.

The S type does get slated for its curvy styling but IMO it's one of the last Jags that stands out amongst the sea of cars nowadays that all seem to look the same modern Jags being no exception, dynamically Jags of today are great but I don't get the same feeling when I look at or drive them..

But hey time has to move on eh!

And a little post on the S types development

It is taken from a special supplement which came out with Car magazine on the eve of the S-Type going on sale in March 1999. The part I've reproduced here concentrates on the evolution of the model, and it is of great interest for several reasons. Firstly, it makes it quite clear that the S-Type is the last project left over from the glory days of Jaguar under Sir William Lyons and Frank RaymondWilton (Lofty) England.
It was Lofty England's plan for a successor to the Mark 2 which was revived under Ford, England had even specified that the proposed model should be built at Castle Bromwich where, of course, they have eventually ended up being built thirty-odd years later. This fact ought to put to rest any further suggestions that the concept of the S-Type was a Ford one as it was a long standing Jaguar project finally given life by Ford's investment in the company - and the development and set-up costs of the S-Type came solely from profits made by Jaguar themselves.

Secondly, the article demolishes the idea that the Jaguar S-Type was made up from existing Ford parts bin components, or that it was designed by other than Jaguar design teams. The article makes clear that the only connection with Lincoln was the fact that an entirely new platform - NOT an existing Ford one - was developed specifically to be shared by Jaguar's new S-Type and Lincoln's new LS. Apart from that the bottom and crankshaft of the S-Type's V6 engine is shared with the Duratec, but the rest of it was developed by Jaguar's engineers and the V8 version being entirely Jaguar. Again, this is no different from Lofty England's plans for a Mark 2 replacement nearly 40 years ago as the engine and transmission would be based on bought-out items. The idea that today's S-Type is therefore somehow as less British than earlier Jaguars is therefore a non-starter.

Thirdly, the amount of thought which went into the design of the new S-Type is detailed below. Of particular interest is the care that was taken to combine traditional Jaguar design cues with the latest technological advances. It always annoys me to read the S-Type's appearance being described as retro, It's my view that, if Jaguar had had the money to implement Lofty England's plan for a new Mark 2 over thirty years ago, then that level of Jaguar would have evolved by today into something not unlike the appearance of the current S-Type.

So, I hope this article might stop future ill-informed suggestions that the current S-Type was a Ford concept, or a Ford parts-bin construction or that it is somehow less genuinely a British Jaguar than those built under Sir William Lyons and Lofty England.

Agree on the red, most of my Jags were/are red too. As for the S-type, biggest issue for people always was that Jag spent 99% of its S-type budget on designing the front end and then realised that they are running out of money when designing the rear end, so the car looks like a Jag from the front but a common ford from the back

katar83 wrote:Agree on the red, most of my Jags were/are red too. As for the S-type, biggest issue for people always was that Jag spent 99% of its S-type budget on designing the front end and then realised that they are running out of money when designing the rear end, so the car looks like a Jag from the front but a common ford from the back

Yes and No the S types body is 100% Jag however funnily enough an X308 owner I know says the same about the XJ40 but the other way around. the rear and side profile is fantastic but the Ford granada front end of the Sovver leaves a lot to be desired

I didn't see it personally..

The rear end on the early S types looks a tad odd, but the facelift is definitely Jaguar 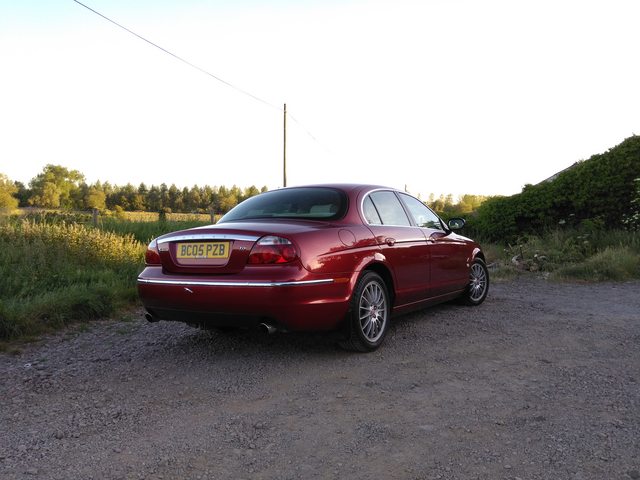 Thankyou your motor looks the business, a sovereign like yours in red with the round headlights is the ultimate IMO

Users browsing this forum: No registered users and 1 guest